Each year the Society has a get together at some interesting venues, usually the second weekend in September.  These used to be called Reunions, because most of those attending did so every year and were mainly those members who had come together to form and grow the Society as part of their endeavours to trace their Bliss ancestors before the days of internet coverage of family history information.

The weekend commenced with a visit to Melford Hall, a National Trust property in the village of Long Melford, Postcode: CO10 9AA. On Saturday we visited Flatford Mill, East Bergholt, Postcode: CO7 6UL.  Flatford Mill is a 17th century Watermill with a Millers cottage on the side of the River Stour. The scene was immortalised by John Constable in his painting of ‘The Haywain’. There is an exhibition of Constable paintings nearby, lovely walks along the River Stour, an ancient farmhouse to visit and a Tea Room.  We enjoyed a boat ride on the river in glorious sunshine. In the afternoon we visited St Mary’s Parish Church, East Bergholt: Postcode CO7 6DE, which also houses a fine Constable painting.  We were recommended to visit a near garden centre where we enjoyed tea in the garden.

Later we had an evening meal at The Angel Inn, Stoke Nayland. On Sunday we visited The Beth Chatto Gardens at Elmstead Market. The Gardens are especially for plant lovers as well as being creative. There is also a Nursery and a Tea Room.

Several members who had voted to choose this Essex venue, were unable to join us, but those who did, really enjoyed the weekend. Thanks to our Vice Chairman, Jenny Bliss for organising the weekend.

This year, there are no plans to have an Annual Bliss Gathering because the Coronavirus restrictions are expected to be in place well into the summer when any possible venues would have to be visited to ensure suitability.  We look forward to arranging the next Bliss Gathering in September 2021.

The past venues were:-

2001 – York’s Historic Walls, the Minister, River Cruise and the Shambles.

2010 – City of London Guildhall, Bank of England, Southwark Cathedral and the Globe Theatre

2018 – Richmond – the Poppy Factory, lunch at an Italian Restaurant and Syon House. 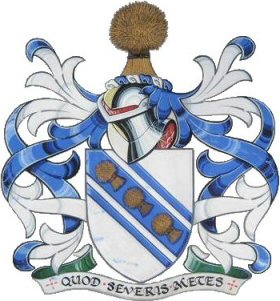 The link below will take you to a small sample of the information held in our digital library, which is freely accessible by Members.

The current membership of the Bliss Family History Society is 109 spread over 6 countries and is open to all who have or are interested in the surname Bliss.

Two members with one address only pay one subscription.