The Society was formally inaugrated by 5 founder members at Delapre Abbey, Northampton, England on the 23 August 1983. This meeting followed on from the celebration of the 300th anniversary of the inaugration of the Bliss Charity School at Nether Heyford, Northants. which was endowed with income from lands in the will of William Bliss 1674. Since that inaugral meeting, the Bliss Charity School has been the adopted Alma mater of the Bliss FHS: our early records and memorabilia are stored there and Alan Watson, the school’s former headmaster, is our President.

The founding members, under the leadership of the late Bob Bliss, were all committed to helping one another to learn more about their own family history and Bliss genealogy in general. Naturally, the small group soon formed bonds of friendship and a fellowship with all who desired to celebrate the Bliss name soon became one of the Society’s objectives.

Mutual aid for Bliss genealogical research, celebration of the Bliss name and fellowship with all who are connected to the name in all parts of the world are still the motivating objectives of the Bliss Family History Society. The Society is a member of the Federation of Family Societies and is affiliated to the Guild Of One Name Studies. 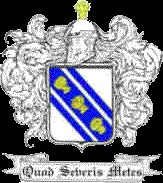 The link below will take you to a small sample of the information held in our digital library, which is freely accessible by Members.

The current membership of the Bliss Family History Society is 115 spread over 6 countries and is open to all who have or are interested in the surname Bliss.

Two members with one address only pay one subscription.